J.A. (Jim) Bagwell, 93, passed away November 5, 2020, in Colorado Springs, CO. He was born May 3, 1927, near Dimmitt, Texas, to Jim and Robertha (Wood) Bagwell. He spent his early school years at the Bethel Community school and then attended junior high and high school in Dimmitt. His senior year he played center on the football team, and those football games were some of his fondest memories.

In 1944 the family moved to a ranch near Amistad, NM. He attended college at West Texas State College in Canyon, where he met Edwyna Pugh. They were married on June 21, 1947, and were married 73 years. While at Amistad, he farmed and ranched, taught school in Amistad, and did custom combining in Texas and Oklahoma. All three of their daughters were born in New Mexico.

In 1960 they moved to the San Luis Valley in Colorado where J.A. and his dad ranched. During those years, J.A. belonged to the Colorado Cattlemen’s Association and served on the Salida Hospital Board. He enjoyed hunting and took a week-long trip into the mountains each fall with his cousin Bob Williams (and others) to hunt elk. He loved telling hunting stories! For several years he was a member of the Saguache School Board. Twice, when the school needed a new school bus, the Board sent him to Indiana to pick it up. The family went with him by train and then came home in the school bus. Those were great adventures and some of our favorite family memories.

In 1970 they sold the ranch at Villa Grove, moved to Poncha Springs, Colorado, and bought a KOA Campground south of Yellowstone National Park in Wyoming. Going from farming/ranching and working with cattle to running a campground and dealing with tourists was quite a change. He did an amazing job of switching “careers,” though, and they made a very successful business of the campground, which they ran for 21 years. He kept the campground open through hunting season and had great opportunities for more hunting stories. He also was able to do some hunting himself, not only elk, but also moose and bighorn sheep. He and Edwyna made many great friends during those years, both with residents in Jackson Hole and with campers who stayed there year after year.

After they sold the campground, they retired to Poncha Springs. For several years, they spent summers in their RV back up at the campground in Wyoming, and they were also able to do a fair amount of traveling. They took a high school reunion trip with J.A.’s class from Dimmitt to Branson, MO, and he thoroughly enjoyed his old classmates again. In 2016 J.A. and Edwyna moved to The Bridge assisted living facility in Colorado Springs.

J.A. was an adventurous, fearless man. During college he rode a motorcycle (and broke his leg in an accident with it) and learned to fly small planes. One of his favorite stories was about flying Edwyna to visit her parents and foolhardily (but successfully) taking off in a strong wind storm. No doubt he thoroughly impressed his future father-in-law! He loved hunting and being in the wilderness. He continually moved north through the country, and we all believed that if he had been born in an earlier time or not had a family, he would have been a mountain man or moved to Alaska. However, he did have a family, and he was a devoted family man. There was nothing more important to him than taking care of his family, not only his immediate family but his parents, brother and sisters, nieces and nephews, and Edwyna’s parents. He was well-respected and well-loved, and he will be greatly missed by many.

Burial will be at the Castro Memorial Gardens Cemetery in Dimmitt, Texas, on Friday, November 13, 2020 at 2:00 pm. Arrangements are being handled by the Colonial Funeral Home in Dimmitt. 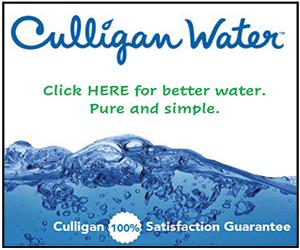 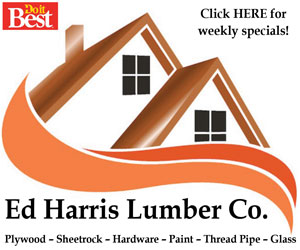