Erma Barnhill, 92 of Dimmitt, Texas passed away on Friday, Dec. 25, 2020 in Dimmitt. Graveside services will be held on Wednesday, Jan. 6, at 10:30 a.m. in Parklawn Memorial Gardens Cemetery under the direction of Colonial Funeral Home of Dimmitt.

Erma (Slaughter) Barnhill was born on March 17, 1928 in Seagraves, Texas to Aubrey Austin Slaughter and Reba (Carson) Slaughter. Erma grew up in Seagraves and graduated from Seagraves High School. Later, in 1948 she married Ben Kennedy and were married up until his passing on Sept. 6, 1992. She then married Howard Barnhill on Jan. 8, 1995; he passed away on Feb. 16, 2002. Erma was a devoted member of the Church of Christ, she loved cooking, baking sewing, all kinds of crafts, gardening, playing the piano and square dancing. She also had a love for quilting and making jewelry, which she was still doing at the nursing home up until her passing.

Erma will always be remembered as being a loving wife, mother and grandmother. She will be deeply missed by all.

Erma is survived by her daughter, Meitizie Moore and husband Gary of Amarillo; son, Deverle (Layne) Kennedy of Lubbock; daughter-in-law, Pam Kennedy of Plainview; two granddaughters, Aerikia Hall and soon to be husband David Stevens of Hereford, and Renate Kennedy and husband Joe of Arizona; two great-grandchildren, Madi Kemp of Hereford, and Braydon Stevens of Dimmitt; and a brother, Burke Slaughter of Brownfield. 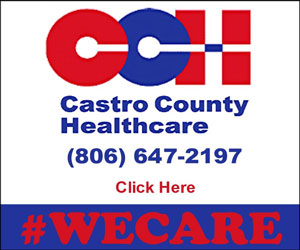